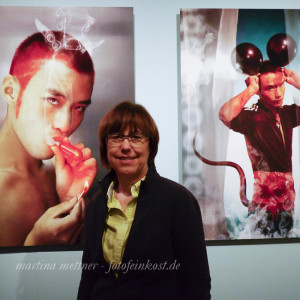 Yang Guowei’s series Post-80 displays another side of the new generation of big city youths in a rapidly-changing China; their mentality, their material world. Those who were born after the 1970s are products of China’s one-child policy. They grew up in entirely different material circumstances, and are the first Chinese internet and video game generation. Unlike their parents‘ generation, they do not shoulder the burdens of tradition, they put themselves first, are individualistic and rebellious. They put great stock in their appearance, are fashion-conscious, like to seek out the provocative and dare to be challenging. They openly encounter international popular culture and are in step with Japan, Korea and the West. They dye their hair, get tattoos, read manga, do street dance, go cosplaying and play video games on the net. Older Chinese see them and feel aged; the world has changed so much. Foreigners see them and think that China has changed so much; it’s a small world.